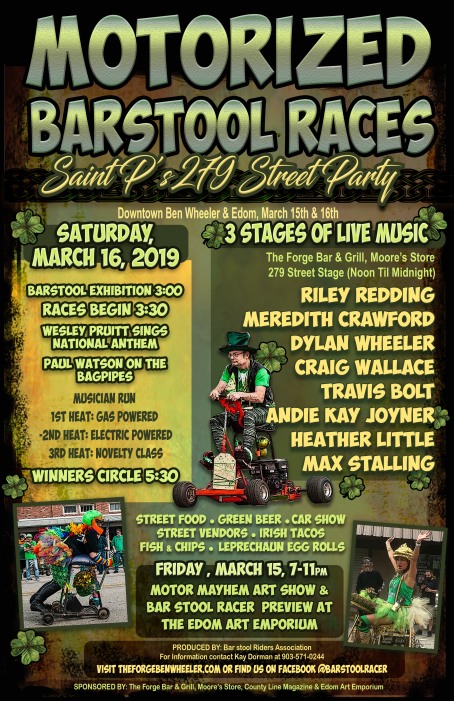 So what is this crazy Motorized Barstool thing anyway? Well, it started in 1978 when a can of bud cost 16 cents at the Quiet Man Bar on Knox Street in Dallas. The original circle of 6 barstool creators consisted of Bill Jenkins, Thomas Spangler, Johnny Gable, John Pullman, Mike Carr, and Keith Blackwell (the official woo hooer). Each man created his own version of a motorized barstool and then they began to race them outside the Quiet Man bar. Soon it grew to the Highland Park Cafeteria parking lot where Mrs Dewey Goodman announced the racers at a polished track. From there they moved to the Dart Bar of Cedar Springs followed by Lukes Outhouse. The tradition continued throughout Dallas, where Mr. Jenkins made the news with his barstool cannon blast that set off the alarm of a nearby liquor store.

The notorious Dallas Farmers Market quickly took up the event in full sponsorship along with Ben E Keith and Budweiser to blast the races city wide.  Bill Jenkins’ barstool train debuted (featuring a super charged 350cc Honda) coming in first place. In 1991 The races finally found their end at the Greenville Avenue St Pattys Day Parade. (This is the old school lower Greenville where legends were made.)

Last seen in 1991 the barstools have now resurfaced in Ben wheeler TX. The reincarnated reclaimed racers can be seen on display at the participating shops across the historic town of Ben Wheeler. Races to be held annually during the Over the Rainbow St Patty’s Day Party and at the Feral Hog Festival, which runs the 4th Friday and Saturday of October. 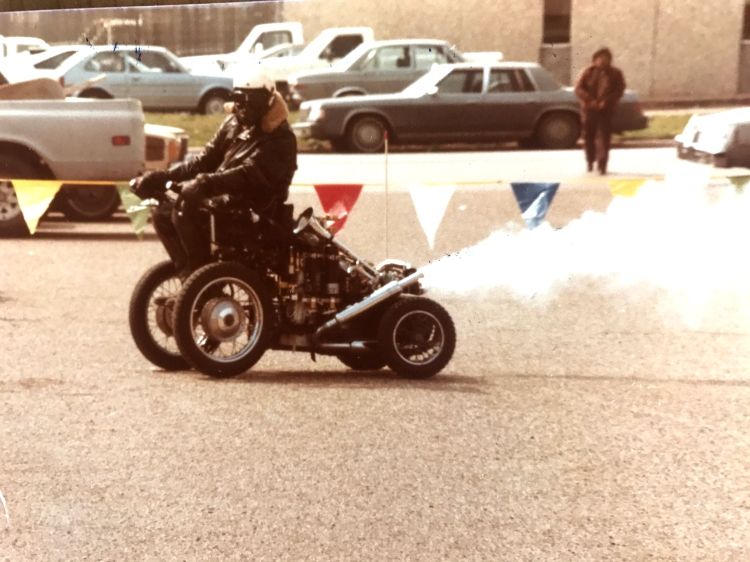 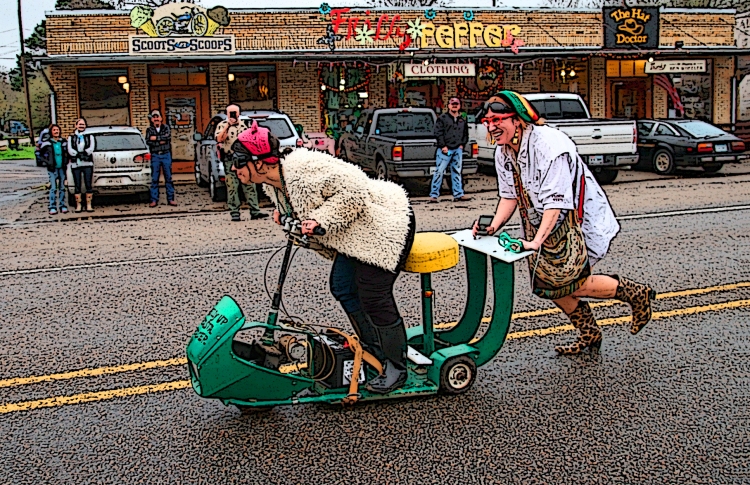